Despite of how well you look after your body, Time's calamities, on the other hand, could not be avoided. When the body's functions deteriorate as people get older. Visual deterioration, walking difficulties, balance issues, and knee or ankle problems are all possible symptoms. The brain, like the rest of the body, can weaken or atrophy as people age. It is necessary to read, comprehend, and study.

Alzheimer's disease is a disease that develops when people age.

Memory, thought, reading, planning, making choices, language skills, and behaviors all deteriorate in dementia. Patients would be unable to participate in events or work that they were previously able to do. And can experience behavioral changes, such as mood swings.

The most common cause of dementia symptoms.

Alzheimer's disease is the most common. It is brought about by dementia cells. According to data from Thailand's Ministry of Public Health, cerebrovascular dementia is the second most common cause of dementia, with over 600,000 cases recorded in 2015. This was discovered in people who were at risk of stroke due to conditions such as diabetes, high blood pressure, smoking, and arrhythmia. Other causes include dementia as a result of Parkinson's disease.

In reality, dementia has two out of three risk factors. It's not a genetic problem. This means that the way you live every day will have a big impact on your brain health as you get older. Regular exercise has also been shown to reduce the risk of dementia. It also aids the memory of middle-aged people, including the elderly.

Furthermore, a number of studies have found that eating healthy is beneficial. It also benefits people of all ages to have a better memory.

Since eating well is important. It will not only benefit one's physical health. However, it also increases brain health. Foods high in fat and salt are unsurprising. So it's bad for both your body and your mind. Complex carbohydrates and whole grains that have not been processed are also considered good nutrition for brain health and may help reduce the risk of dementia, according to the report.

Furthermore, eating fish at least twice a week will provide you with the omega-3 fats that your body needs which safeguards the brain and maintains emotional balance. Since omega-3 fatty acids found in fish or fish oil supplements form a myelin sheath, therefore, this is good for health.

2. Get plenty sleep and exercise on a regular basis helps to relieve stress

Chronic stress may be harmful to one's health. Since one can gain weight from insomnia and the risk of heart disease increase. Immune system deficiencies are additional. The digestive system, as well as the central nervous system, are involved.

Switching to a healthier lifestyle is beneficial for aging well. Ones must get enough rest or else they will age quicker if y not getting enough sleep. A good night's sleep will aid in the reduction of chronic inflammation can improve the memory and mood, as well as the ability to deal with a variety of stressful circumstances.

Regular exercise, such as walking, jogging, yoga, tai chi, or tennis, is another way to relieve stress. Because exercise not only helps to reduce the risk of depression, but it also helps to improve cognitive and learning abilities by increasing the size of the brain's memory control center.

Brain-stimulating activity has been linked to a lower risk of dementia in a number of studies. As a result, brain training activities are extremely important. Fun and challenging activities are required. If you are looking for a new challenge, try something new, like learning to play an instrument, chess, or a simple sudoku puzzle. Because of receiving information and new experiences during the learning process various skills are being practiced and can increased brain activity. 4. Reduce and Stop drinking and smoking

A study conducted aboard on the effects of drinking alcohol on a sample of up to one million people discovered that heavy drinking increases the risk of dementia, especially early dementia symptoms. All at the same, there is a wealth of data indicating that smoking is five times more likely to cause dementia. In comparison to nonsmokers, avoiding alcohol, beer, and addictive substances, as well as not smoking, is beneficial. Dementia risk will be reduced.

Dietary supplements come in a variety of brands today. That is said to have properties that help nourish and care for brain health. However, most consumers today prefer natural products. So, let's get to know "spinach and broccoli," which is known for its brain-nourishing properties and lowers the risk of dementia and Alzheimer's.

Spinach is one of the green leafy vegetables that has been studied and researched both inside and outside the country. By research studies in Thailand regarding the properties of green leafy vegetables like spinach. The Thailand Institute of Scientific and Technological Research (Wor.) has conducted research on the properties of green leafy vegetables, found that spinach is effective in preventing the destruction of neurotransmitters. Spinach can reduce the chances of losing memory. The mechanism of pharmacological action was tested and found that, spinach can reduces the amount of enzymes that break down neurotransmitters, acetylcholine in the brain, as well as Alzheimer's disease drugs. It was also found to be safe for laboratory animals and tissue cells. In 120 volunteers, the efficacy of this product on memory was compared to drug for improving brain works with spinach, found that the green leaf has been discovered to improve brain function. The research has now been expanded and produced in the form of dietary supplements, with no negative side effects when taken daily for three months.

Meanwhile, many people enjoy "broccoli." Because its sweetness and crispness of the flavor. It can also be used to prepare a variety of meals. However, few people realize that broccoli, is not only delicious, but has a slew of hidden health benefits. It's even been classified as a superfood.

"Broccoli" helps in the prevention of dementia and Alzheimer's disease. According to research from King College London, only five vegetables and fruits have a drug-like substance that can be used to treat Alzheimer's: oranges, apples, potatoes, radishes, and Alzheimer’s. Broccoli is the vegetable with the most of these substances. Broccoli is a common ingredient in dietary supplements, which is not surprising. That have properties that aid in brain nourishment. Because, in addition to physical and mental health, the elderly's brain health is equally important.

Ladprao 101 Nursing Home, the elderly care center, the place that understands the elderly and their children's needs. We concern that each elderly person has their own set of limitations or health concerns. So, we add recreational activities and activities that encourage the elderly to practice thinking skills. All aspects of brain exercise will be practiced by the elderly, as well as nutritional food program including a menu for the elderly who require special brain health care.

At Ladprao 101 Nursing Home, you can rely on us when it comes to the elderly’s all problems. 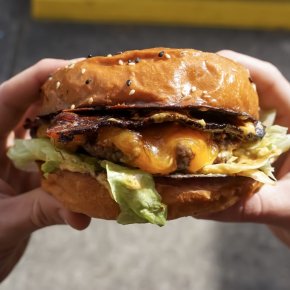 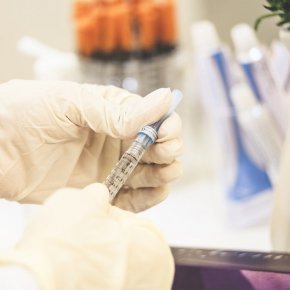